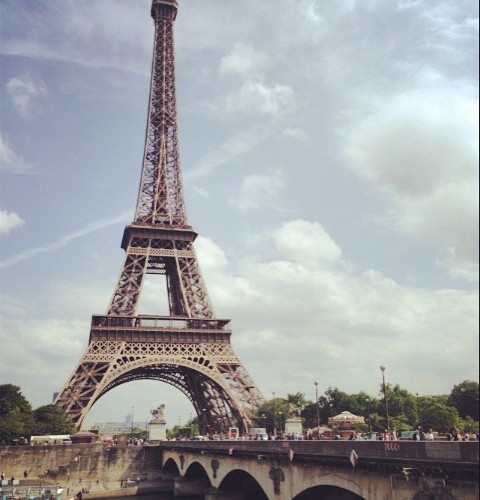 Audrey Hepburn is often quoted as saying “Paris is always a good idea”. To me, there are few words that have ever rung more true. I’m sat writing this in my small town England bedroom, dreaming of the five days I spent in Paris last week sightseeing with my mum. It’s only the second time I’ve visited, but it’s hard not to fall under the spell of the City of Lights and Romance. I’ve just begun reading Colin Jones’ brilliant Paris: Biography of a City in the hope of lengthening the link I have to this wonderful place for a few more days, and something he wrote in the introduction is really interesting…

Do we ever really see Paris for the first time? Jones explores this idea through the words of other writers through the centuries; for instance, Konstantin Pausovsky said

“A man can die without ever having seen Paris… And yet he will have been there, he will have seen it in his dreams and in his imagination.”

Jones himself remarks that it is the modern visitor who has an infinite amount of “cultural baggage” preventing us from seeing Paris for the first time. 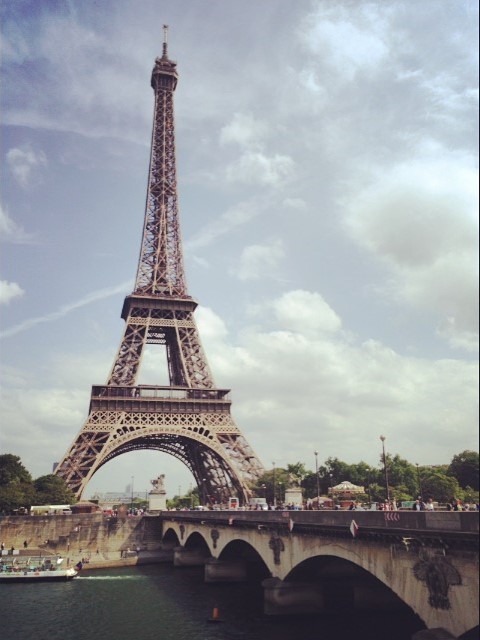 View of the Eiffel Tower across Pont d’Iéna

For instance, like lots of people, I began learning French at the age of 11 in Year 7 (and stopped at 16… Now I’m considering picking it up again because it’d be nice to hold a conversation rather than to just be able to remember how to order in a restaurant, check into a hotel or buy some entrance tickets to a museum) and the pictures in the textbook were of these beautiful Haussmannised boulevards and the Eiffel Tower that is so synonymous with Paris. But before that, I loved watching the Disney film of Victor Hugo’s The Hunchback of Notre Dame and Frances McDormand in Madeline. So when you first visit Paris, can you escape the ideas of films, books, paintings… Or do you see Esmeralda running past Notre Dame? Degas painting his dancers from his entry at the Opera Garnier? Toulouse-Lautrec capturing the excitement of the Moulin Rouge? And, for that matter, Nicole Kidman and Ewan McGregor falling in love at one of the most renowned landmarks in Montmartre? 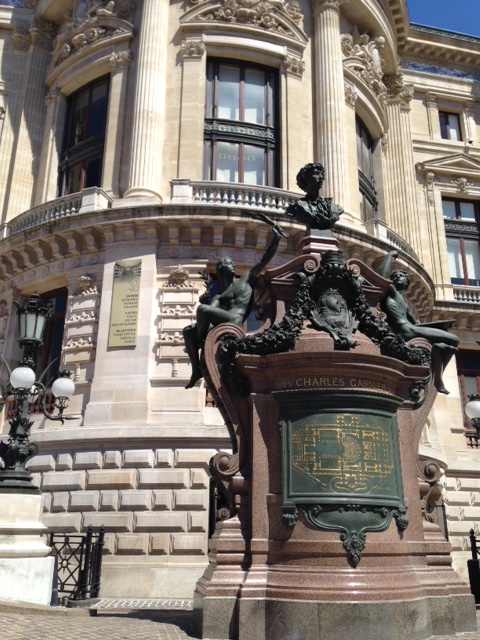 Outside the Opera Garnier

Paris is a place of passion wrapped up in beautiful streets, delicious food and rich history. As somebody who loves history and art, I like imagining all the people who came before me in such a diverse and widely-visited city. So maybe I didn’t see it for the first time – maybe none of us do – but we all have our own interests and fascinations that shape how we see it, and for me I do imagine Esmeralda by Notre Dame, Baudelaire’s flâneur strolling the Haussmannised streets to capture modern life, the dance halls of Montmartre in full swing and (having just spent a year studying French art) the treasures of the Louvre. And that it is what makes me want to come back and prolong the stay, and experience everything this special city has to offer.

I promise next time I’ll go on less of a tangent and explore what the city has to offer… But I really do love Paris!

MY FAVOURITE NOVELS SET IN PARIS (so far…)

MY FAVOURITE FILMS SET IN PARIS (so far…)

2 thoughts on “A Mini Love Letter to Paris”